Therefore let anyone who thinks that he stands take heed lest he fall. No temptation has overtaken you that is not common to man. God is faithful, and he will not let you be tempted beyond your ability, but with the temptation he will also provide the way of escape, that you may be able to endure it. Therefore, my beloved, flee from idolatry.
1 Corinthians 10:12-14

A few of days ago, I wrote down a few thoughts that had been, at least in part, provoked by a news story concerning a 50-year-old teacher who disappeared for over a month with a 15-year-old student. But there was another element to this story that provided food for thought besides the conundrum of how to raise children who are cautious but not callous, innocent but not ignorant, and prudent but not paranoid.

You see, the story hit very close to home, both literally and figuratively. The town they disappeared from is close enough that some of our friends and acquaintances have connections with one or more of the families involved. For that reason, I will not bring their names into this post.  I have absolutely no desire whatsoever to name call, finger point, or cast judgement on either party or on their family members. This situation has been confusing and painful enough for everyone involved, and I do not wish to add to their troubles.

Yet, the story still gives me pause, mainly because the teacher cannot be conveniently passed off as a warped, perverse monster who had a habit of preying on innocent children. From what I have heard, he was a family man. A husband, father, and grandfather; even thought of as a Godly man by those who knew him, as well as being a self-proclaimed “Jesus freak,” on his Instagram site.

In truth, this messy event is not an opportunity to look down on a fallen brother in scorn, but a solemn warning to mind my own walk and prayerfully search my heart daily. Because if I am brutally honest, I know I am not immune to falling – perhaps not in the same way, but sin is sin regardless of the ‘style.’

It is important to remember that we who are in Christ are, as C. S. Lewis said, an invading force for our Homeland, currently encamped in enemy-occupied territory. What we need never forget even for one instant, is that there is a lion in the camp…

Be sober-minded; be watchful. Your 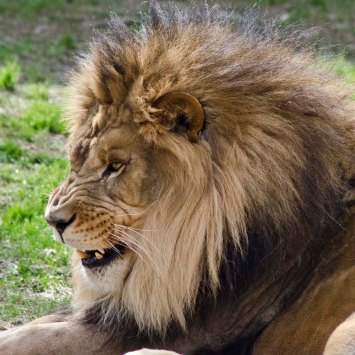 adversary the devil prowls around like a roaring lion, seeking someone to devour.
(1 Peter 5:8)

As long as we draw breath in this world, we need not forget that we are immersed in a spiritual battle. Whether you know it or not, whether you believe it or not is irrelevant. In Christ or without Him, a battle is waged every hour of every day and the spoil is not counted in such fluctuating value as dollars, pounds, or Euros but rather measured for eternity in human souls.

Frankly, for those of us who have accepted the Lordship of the Most High, the intensity of the battles waged does not decrease. Rather, our enemy ramps up the attack, furious at having our ruination redeemed. Often, it is not at those already caught up in crime that Satan launches his most earnest and insidious attacks but at the vocal and high-profile believer.

You see, what the father of lies wants to do most is discredit the name of Yeshua and to call into question the character of the Almighty and of His followers.  If misery loves company as the old cliche claims, then the devil is the most miserable of beings and longs would love nothing more than to drag as many of the creatures who are made in God’s image down with him in the end.

What Can I Do?

Humbling ourselves, being honest and open with our struggles, and praying for one another – not just for material and physical needs, but most importantly for spiritual needs; for restoration of the fallen and victory over sin – these are some of the ways we can come together in Christ and stand against the devil’s schemes.

When one of us falls, we should pray fervently that he or she is restored and be willing to extend forgiveness. When we, ourselves, fall we should confess and repent, submitting ourselves to God’s discipline and purpose. Unified under the Lordship of Christ, we can bring that old lion to bay.

Therefore, confess your sins to one another and pray for one another, that you may be healed.
(James 5:16a)

Submit yourselves therefore to God. Resist the devil, and he will flee from you. Draw near to God, and he will draw near to you. Cleanse your hands, you sinners, and purify your hearts, you double-minded.
(James 4:7-8)

But each person is tempted when he is lured and enticed by his own desire. Then desire when it has conceived gives birth to sin, and sin when it is fully grown brings forth death.
James 1:14-15

This morning, I had caramel-glazed pear cake for breakfast with my coffee.

I actually premeditated this event. I looked forward to it when I went to bed last night. I may have even dreamed about it. However, it would seem that one cannot enjoy cake for breakfast at the age of 42 without paying some price. For hours, my stomach complained rather distressingly about my morning meal choice. Needless to say, it is not a price I will be willing to pay again.

Oh, I could justify myself because I have not tasted  my favorite cake for many years thanks to a wheat sensitivity (this one was made with a gluten-free flour substitute). I could even go further and explain that I can no longer have coffee every day thanks to GERD, but those are really just threadbare excuses.

In all truth,  I was simply tempted by an unhealthy choice and I underestimated the cost.

But it did get me thinking…

My morning seemed to be a sort of unpleasant, physical metaphor for sin. So many times, we are tempted by something in this world that seems incredibly appealing, even though we know it is not good for us.

In fact, I would conjecture that very few of us set out defiantly with brazen intent of becoming ensnared by sin. Instead, I believe most of us fall because what looked at first like an innocent indulgence quickly grows into a murderous monster, devouring us from the inside.

We are tempted and we underestimate the cost.

Fortunately, my little dietary error was easily correctable — and easily avoidable. Not all sin is so easy to rectify, however. But there are sins which not only drag the transgressor down, but leave a path of wreckage and desolation strewn behind, shattering trust and slaying relationships. There are sins that are not easily correctable.

In a nutshell, that is exactly why we need Jesus. It is why we have to abide in Him, staying diligently connected to Him through reading the Scriptures, memorizing and meditating on His words,  and cultivating a vibrant prayer life that is listening as much as it is talking.

There is no place safer, no reward more wonderful than to be in His presence. Once we have experienced His incredible beauty… well, I cannot say it better than the refrain of old hymn, “Turn Your Eyes Upon Jesus:”

Turn your eyes upon Jesus,
Look full in His wonderful face,
And the things of earth will grow strangely dim,
In the light of His glory and grace.

Even so, there are times we do stumble. We look away from the glory of the Lord and are distracted by the trinkets that surround us. Never fear, brothers and sisters, for even when we stumble or fall there is still hope. We can always run back to our Savior, for though we may be faithless, He is always faithful and will forgive us when we truly repent and turn back to Him.

If we confess our sins, he is faithful and just to forgive us our sins and to cleanse us from all unrighteousness.
1 John 1:9

And as for me? Well, let’s just say tomorrow I’m back to clean eating.  This old machine just runs better when it’s fueled properly!

You can help support this ministry!

You can help support this ministry!

Or enter a custom amount

Even a small amount helps. Thanks for your support!

Even a small amount helps. Thanks for your support!