“Behold, I send you out as sheep in the midst of wolves; so be shrewd as serpents and innocent as doves. ”
(Matthew 10:16, NASB)

A couple of weeks ago, I was talking with a couple of friends when these words, spoken by Yeshua to His disciples, suddenly resonated with me.

…wise as serpents and innocent as doves… 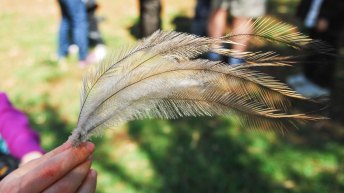 Almost six weeks ago in a neighboring community, a 50-year-old teacher – a married man, a father, and a grandfather – disappeared along with a 15-year-old female student. While stories like this happen, this one really grabbed my attention for several reasons.

Besides the fact that I have a story of my own from when I was an emotionally crippled 19-year-old, I also have a daughter who will soon be 14 – a mere year younger than the girl who went missing (and who has, as of yesterday, been found, thank the Lord).

Thus it was that my friends and I were discussing the fact that now that our kids are mostly teens or tweens, we almost fear for their safety from sexual predators now more than when they were small.  For one thing, kids at this age feel grown up, and so a little attention applied in the right way only enhances that sense; a fact which can be easily exploited (and please note that I am not saying this teacher manipulated his student – I do not know the full story; simply that it reminded me of mine and of others).

Yet despite adult-sized bodies and interests, the adolescent of today’s world is in a weird limbo between childhood and adulthood. Their decision-making rational is not often as complete as that of an older adult, and many older teens and young adults are partially drunk with newfound freedoms while lacking the experience (and possibly the neural network) that lends caution and prudence in later years. This makes our young people especially susceptible to suggestion or coercion from those with more practical knowledge of the ways of the world.

But what I realized most profoundly in that moment as my friends and I discussed the falls and close-calls of our own youth and how we can best educate our kids without instilling agoraphobia or anthropophobia, was that what we really want to do is teach our kids to be as shrewd as serpents and as innocent as doves.

According to Thayer’s Greek Definitions, the Greek word translated, “shrewd” can also be translated as “wise” or “prudent, i.e. mindful of one’s interests.”

Apparently at the time, the serpent was seen as a symbol of cunning and craftiness- perhaps somewhat like our modern-day sly fox. Certainly in the picture of the serpent who tempted Eve in the Garden, we see a creature who was sly and mindful of his own interests – which in that case, unfortunately, happened to be the corruption of God’s creative capstone: Man who was made in His own image.

However, not all snakes are in league with the enemy of our souls, of course. Even in today’s vernacular, we can see that snakes are cautious to preserve their own lives, some employing poison and others mimicking rattlesnakes, feigning death, or simply beating a rapid retreat into a nearby crevice.

Our Lord certainly was not advocating deceit or malicious intent, but He was indicating that we should be thoughtful and vigilant – mindful of our interests. In our case, our interests ought to be seeking first the Kingdom of God and His righteousness, and so when faced with dangerous situations, we must be carefully intent on the Lord’s leading in order to make the wisest choice.

For our children, this might include an awareness of their surroundings, a knowledge of the potential for wickedness in all mankind (themselves included), and an understanding of cause and effect.

On the other hand, a dove is the portrait of innocence and gentleness even to this day. There is little on earth less threatening than a dove, save perhaps for baby bunnies or newly-hatched ducklings. I have never seen an image portraying a vengeful or angry dove.

This, too, is a characteristic I would like to pass on to the young gentlemen and ladies under my care. Somehow, contemplating the case of this teacher and student, I had a burst of insight as to what the Lord meant when He spoke those words.

Just as I would like my own children to walk wisely in this world; to be both discerning and prudent yet to remain harmless and innocent when confronted with the presence of evil or persecution.

In short, I would like them to be as shrewd as serpents and as innocent as doves. Unsurprisingly, this is just what my Father wants from me, too.

But there are other lessons to this story…

8 thoughts on “Innocent as Doves”

This site uses Akismet to reduce spam. Learn how your comment data is processed.